A Docker container can support a wide variety of use cases—including some that are just plain silly. Here’s a look at examples of just-for-fun or experimental projects that you probably don’t expect to encounter in the world of Docker.

I consider these projects silly because the software that they are Dockerizing, or using in conjunction with Docker, doesn’t have much of a real-world use case.

That is not to say that these projects have no value. Some of them are proofs-of-concept that use silly examples to demonstrate how you could achieve something important using Docker.

Still, when taken at face value, these projects can look kind of weird. That’s what makes them so interesting.

Have you ever wished that you could control Docker containers by shooting at visual representations of them in a video game?

With Docker Doom, you can. The project lets you kill Docker containers by playing Doom.

There’s actually a long history of Doom spinoffs that let sysadmins control software environments in this way. It stretches back to psDoom, which permits users to kill system processes on Linux.

Xeyes is a little program that displays two sets of eyes on your computer screen. They look like this:

Xeyes comes preinstalled on most Linux systems. But just in case you’ve ever wanted to run Xeyes in a Docker container rather than directly from the command line, you now can.

There’s actual a purpose behind containerized Xeyes. It’s a proof-of-concept for showing how a graphical application can run inside a container. (Plus, Xeyes can be useful for troubleshooting display issues on systems that use the X11 graphics framework.)

Still, given that there’s basically no immediate value in displaying a set of eyeballs on your computer screen, I think this counts as a somewhat silly Docker use case.

Docker Funbox is a project that packages a bunch of silly command-line utilities for Linux into a single Docker container.

If you’ve ever wanted to run programs such as cowsay (which displays a picture of a cow saying things), lolcat (which produces text-based lolcat pictures) or asciiquarium (which displays a virtual aquarium in your Linux terminal), Docker Funbox has you covered. 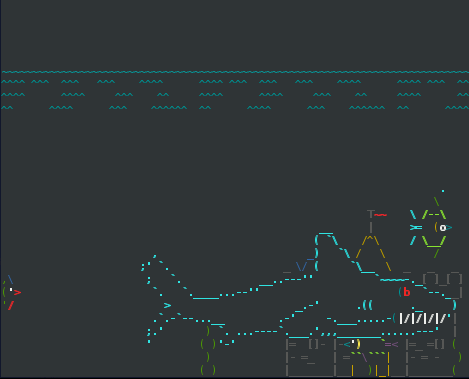 In the past few years containers and orchestrators, like OpenShift, have enabled developers to release API-driven services faster than ever. Developers are able to package their code as a container, expose their endpoints as Kubernetes services, and the orchestrator would do the rest, right? Not quite so. There are a lot other concerns that developers […] The post Building Reliable and Observable APIs on OpenShift appeared first on DevOps.com. [...]

As organizations scale their Kubernetes implementation and the number of applications deployed, developer experience is going down as they are now forced to deal with infrastructure-related components to deploy and manage their application, which at scale, becomes complex. On the other side, the platform engineering team still has to maintain security and controls around all […] The post Deploying, Monitoring and Securing Applications on Kubernetes appeared first on DevOps.com. [...]

Integrating SAP into DevOps Pipelines: Why and How
28 October 2020

Teams practicing DevOps don’t usually have to spend much time thinking about applications like SAP, and SAP often remains a DevOps-free zone that is resolutely difficult to change. But SAP systems enable critical operational processes and in an increasingly interconnected technology stack, need to adapt at high speed if a business is going to be […] The post Integrating SAP into DevOps Pipelines: Why and How appeared first on DevOps.com. [...]

More Than Monitoring: How Observability Takes You From Firefighting to Fire Prevention
27 October 2020

For some, observability is just a hollow rebranding of monitoring, for others it’s monitoring on steroids. But what if we told you observability is the new way to find out why—not just if—your distributed system or application isn’t working as expected? Today, we see that traditional monitoring approaches can fall short if a system or.. The post More Than Monitoring: How Observability Takes You From Firefighting to Fire Prevention appeared first on Security Boulevard. [...]

For DevSecOps to become a reality there must be a fundamental shift in mindset and approach to application security – moving from ownership solely within corporate security to a federated, shared model of responsibility that spans both security and software engineering teams.  The post Best Practices for Driving Software Quality through a Federated Application Security Responsibility Model appeared first on Security Boulevard. [...]

Machine learning is often discussed as a silver bullet solution to every cloud security challenge, but when push comes to shove it has fallen short of delivering on that promise. That’s because marketing hype has led to unrealistic expectations of machine learning. The reality is that machine learning is just one piece of the puzzle. The post How to Make the Promise of Machine Learning a Reality appeared first on Security Boulevard. [...]

Get a comprehensive view of today’s threat landscape — and a deeper understanding of the biggest cyber risks facing organizations today — with new insights from the Nokia Threat Intelligence Lab. The post Cyber Threat Intelligence: Highlights and Trends for 2020 appeared first on Security Boulevard. [...]

The DevSecOps Showdown: How to Bridge the Gap Between Security and Developers
10 November 2020

DevSecOps requires processes and tools that enable weaving security throughout the DevOps pipeline. It is much more than a buzzword, and if you’d ask most organizations, well, they believe they are in the process of adopting DevSecOps tools and practices. But, are they? The post The DevSecOps Showdown: How to Bridge the Gap Between Security and Developers appeared first on Security Boulevard. [...]